No one other than Diane Madden in the history of Hempstead holds her 18 year record for advocacy and being on the side of the weak, not the powerful, EVERY. SINGLE. TIME.

NO OTHER CANDIDATE VOWS TO BRING IN NON POLITICALLY DRIVEN EXPERTS.

No one other than Madden has uncovered the depth of corruption and fraudulence in one department achieving two Audits which confirmed all allegations of waste, fraud and abuse under both political parties. FOILs, documents. lawsuits, photographs and eyewitness public testimony has confirmed years of animal suffering and taxpayer abuse

under BOTH major parties..

WHAT CAN YOU DO TO REFORM HEMPSTEAD GOVERNMENT?

Tell everyone there's not only a third choice but aProven record.

ONLY choice for THE PEOPLE, 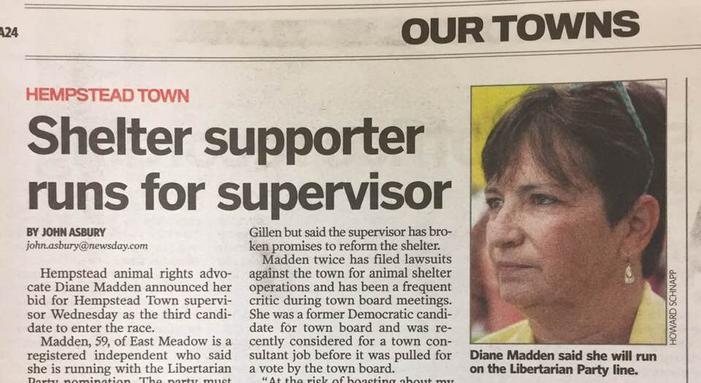